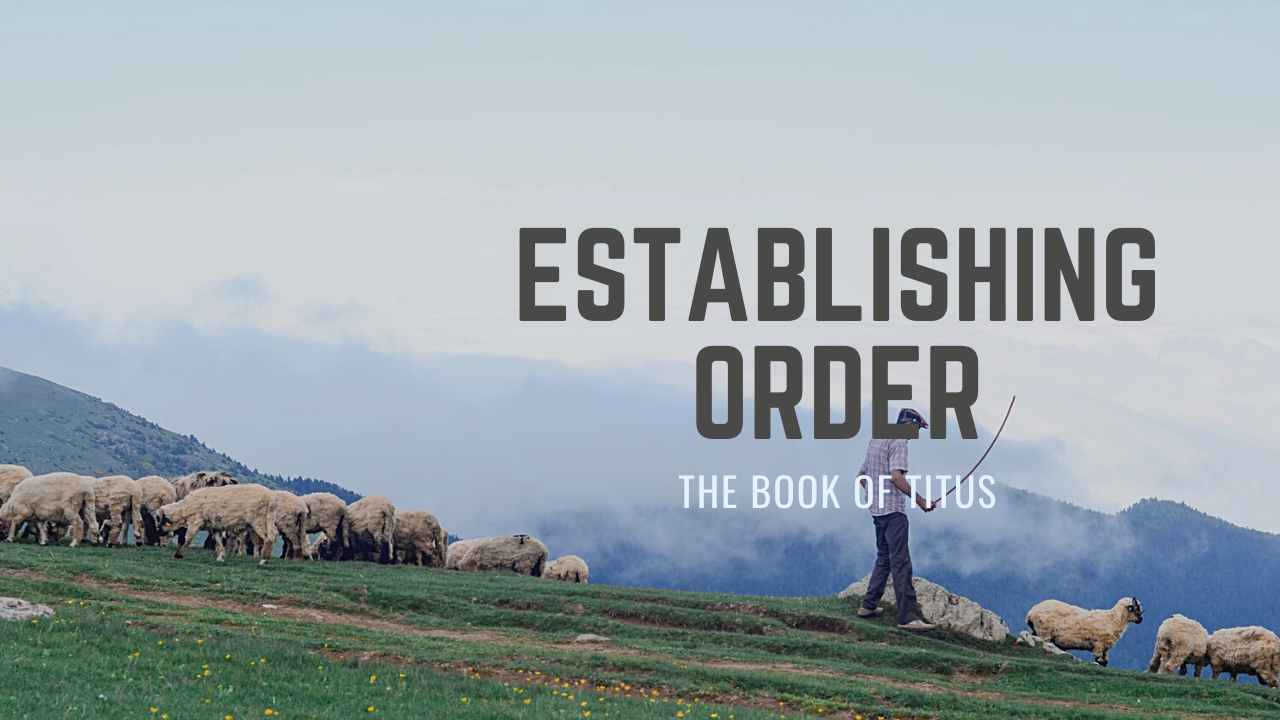 Over the last couple of weeks, we have looked at the main responsibility that Titus had been given by Paul. He was left in Crete to appoint elders in every town. With the growth of Christianity on the island, seemingly Titus would have many people that could be potential candidates. How should he choose? The Holy Spirit instructed Paul to give Titus a list of qualifications that a man must meet to be an elder and overseer of the church. He must have ordered his family well and was to be leading his children in the way they should go. The potential elder’s moral character would have to reflect the work of the Holy Spirit as the fruit of his indwelling and sanctifying work set the candidate apart from other men. Finally, we saw that an elder must hold firm to God’s word as it had been taught. He was not given to false theology. He was not blown about by every wind of doctrine but had resolved to take every thought captive to Christ. He had to know and trust in the word so that he might be able to give instruction to others in sound doctrine. The Bible would be his teacher’s manual and all that it contained he was to instruct others in. However, not everyone would immediately accept and follow the sound doctrine that the elder would teach and so he must also have such a grasp of the word that he could use it to rebuke those who contradict it. He would have to know it well enough to confront those who would twist it. In verses 10-16 we are going to learn why these qualifications are so necessary. There is a real threat to those that are in the church. Some are outside trying to get in and there are some already in the church that are seeking to destroy families. This is why the qualifications are of such importance. There are enemies within the walls of the church and they must be dealt with. Just like Paul warned the elders at Ephesus, there are fierce wolves that will come in among the church and they won’t spare the flock. They will devour as many as they can. This paragraph easily breaks down into three as Paul answers some questions about who the enemies are. First, who are the enemies? What are they doing and how can they be identified? Second, what must be done with these wolves? What is the proper response? And finally, what is their sentence? What is the ultimate truth about these people? The Enemies Within (Titus 1:10-16)

We often complain about how slowly the church moves sometimes. And I agree, sometimes it takes way too long for things to get done, especially when it comes to things that we know the Bible requires. Our traditions or our personal preferences can often get in the way of needed and necessary change. But often…