As I was thinking about all the things, I wondered if there was a common theme running behind them all. The Bible tells us that we know the schemes of the devil. So I wondered, what old scheme has he used to stir up all this trouble? Is there a common evil amid all these issues? Is there a language that is being used? There has been.If you look at the secular media and, unfortunately, many Christian sources as well, you will find one idea being peddled. It’s fear. Not the fear of God, not rational fear of danger but fear of man. It’s the fear of man. But you already knew that, right? Think about it for a moment and I think you’ll agree with me. What has been the underlying ideology that has driven most of the issues and evil today? The fear of man.

All the issues that have been brought to the forefront this year have all been driven by the fear of man. Intimidation is everywhere. Side with us, say that we are right, accept what we believe and doing is morally good or else! Say Black Lives Matter or we will punch you in the face. Wear a mask or we’ll yell at you and run you out of the store, or even arrest you. If you vote for this candidate you are the problem and will be dealt with. If you meet as a church then you are unloving and setting a bad example. If you don’t believe that there are 70+ genders and that a person can change from him to her to they whenever they choose regardless of their biology then you are hateful and phobic and you deserved to be silenced. We’ve all felt it this year. There is no wonder why domestic abuse and suicide numbers are up this year. Not only has the normal been changed but we are swimming in a flood of the fear of man. A culture can only go down this path for so long. Either it will implode or a different answer will have to come and replace the fear of man.

Proverbs 29:25 says, “The fear of man lays a snare, but whoever trusts in the Lord is safe.” Of course, Scripture has something to say about this. This is not new and the solution to the problem is older than the problem. On one side we have the fear of man on the other trusting in the Lord. In the Garden of Eden, Adam and Eve were to trust in the Lord. They walked with him and talked with him. There was trust. But that trust was destroyed by a lie and an act of rebellion and in its place came the fear of man and the sinful pair sewed fig leaves together to hide their nakedness from each other. The fear of man would be passed down through the ages but the cure to that disease has been passed on as well.

Several chapters back in Genesis we read the story of the birth of Jacob and Esau. We heard God saying to Rebekah that Esau would serve Jacob, that Jacob would be the stronger and Esau would be the weaker. The reversal of the birth order would happen. This was a blessing upon Jacob that he…

What is love? How do you define love? If you were to ask most people it would have to do with feelings. The phrase “love is love” has been offered by our culture suggesting that feelings of affection toward anyone or anything is love. All of these feelings of affection are equally valid and good…. 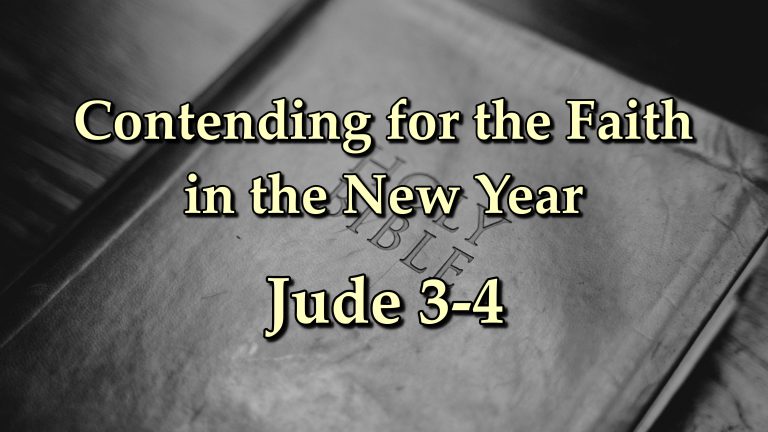 “Those that are treacherous and deceitful in their dealings with God, and passionate and outrageous in their conduct towards men, will justly be made a derision to their neighbors, for they make themselves ridiculous.” Matthew Henry. This is a very true statement and one we must pay attention to. Now, we know that history is…